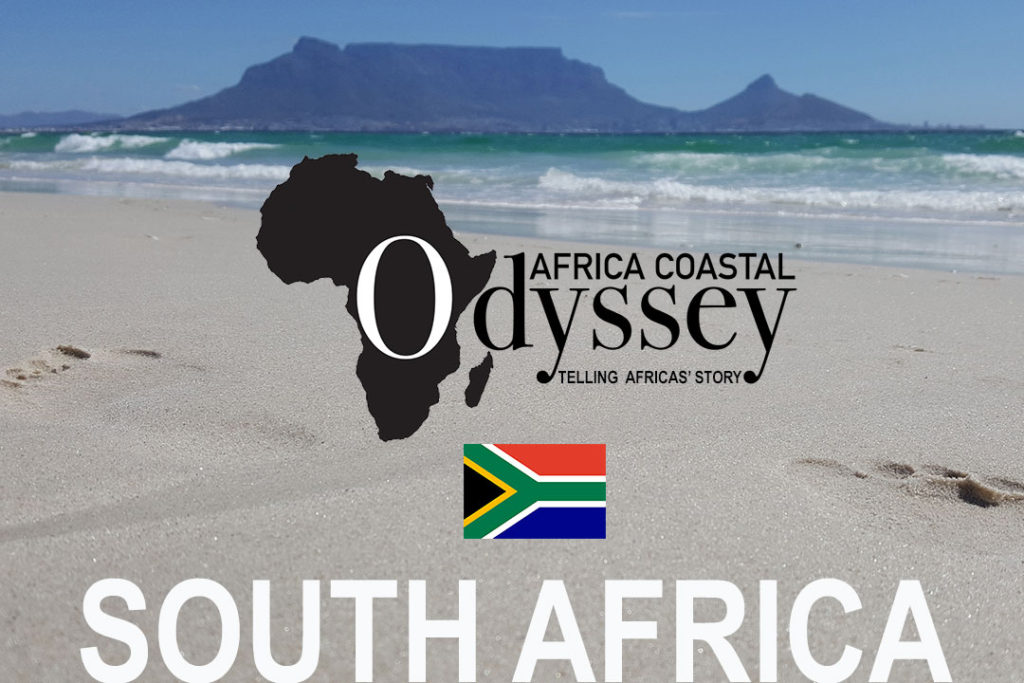 The Africa Coastal Odyssey will launch as soon as sufficient funding has been raised and post-COVID-19 cross-border travel is permitted. Here’s the basic plan:

Departing from the southern tip of Africa, near the Cape Agulhas Lighthouse, the team of two explorers – a seasoned travel journalist accompanied by a different journalism student each week – will walk the 360 km (224 mi) to the V&A Waterfront in Cape Town. 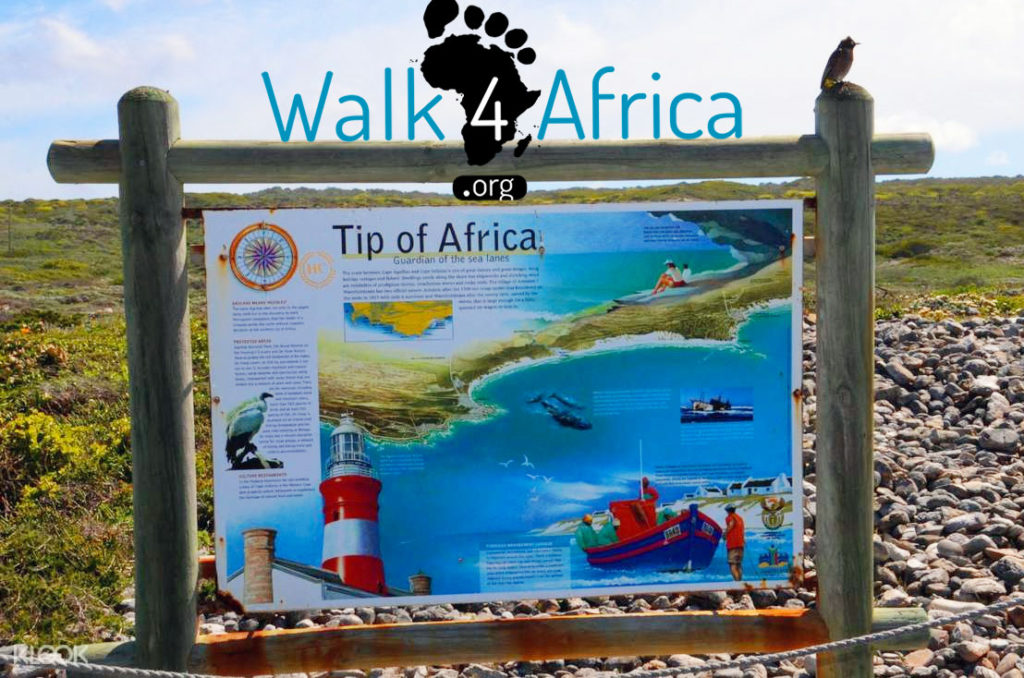 Following the beach tidal zone as much as possible, the team will have to periodically veer off along hiking trails, scenic pathways, and national roads where coastal cliffs and rock-strewn beaches cannot be walked. Especially while hauling an expedition trailer loaded with about 100kg of equipment and supplies. 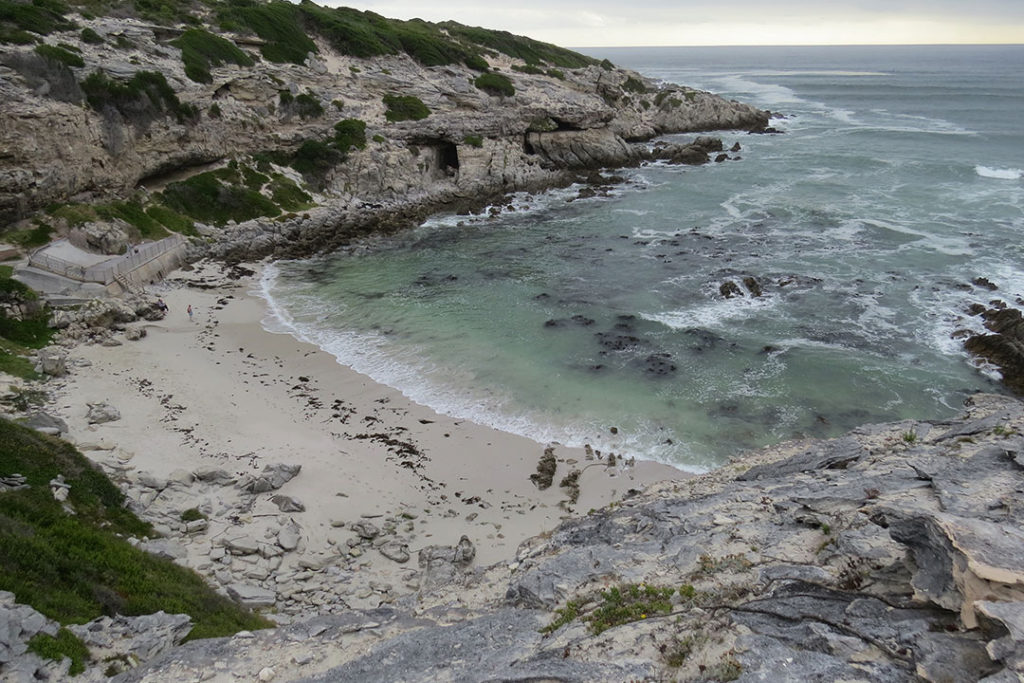 Image: A beach below the cliffs of Klipgat Cave just outside De Kelders (meaning The Cellars in Afrikaans) in the Walker Bay Nature Reserve. This cave, steeped in rich history and local lore, was home to ancient peoples (homo sapiens sapiens).

Water crossings may also prove to be a challenge. Depending on tidal conditions, the team may need to float the water-proof expedition trailer and tow it while swimming across rivers and estuaries, such as the Botrivier Lagoon and the Buffels River mouth along the Cape Whale Coast Route sections of the route. 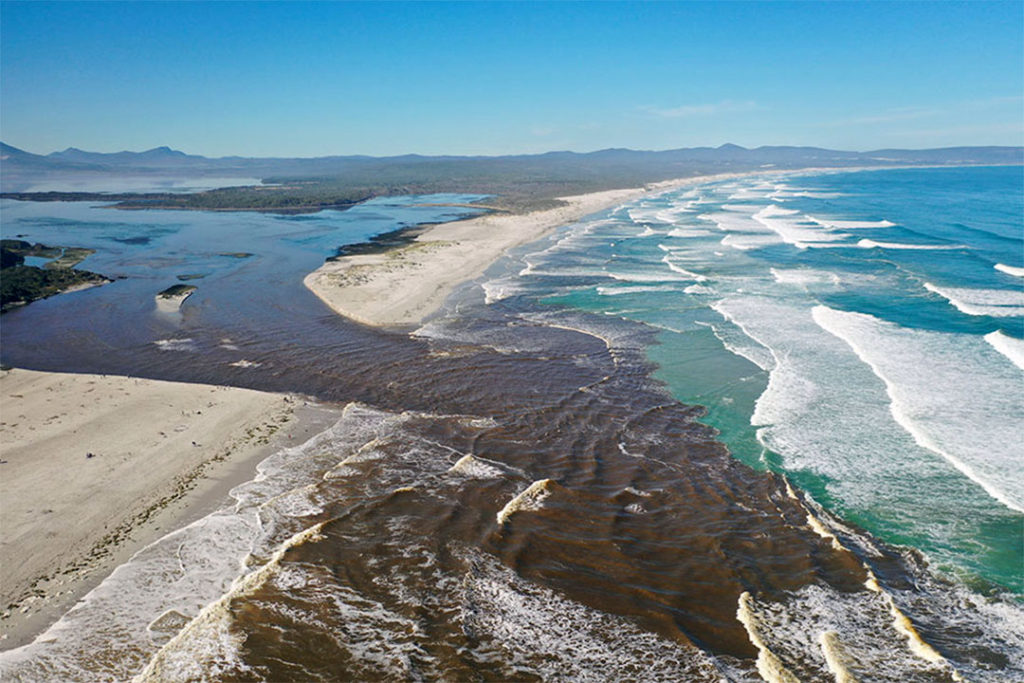 Image: The Botrivier lagoon is usually separated from the sea for most of the year but in June 2020 heavy rainfall breached the sandbank resulting in large volumes of water rushing out of the estuary. The sand and mud washed out to sea provides important nutrients for marine life.

After visiting or passing by the many fishing villages and popular holiday towns that abound along the Whale Coast, the Odyssey team will walk around the immense C-shaped coastline curve of False Bay, past Simon’s Town and the Cape of Good Hope Peninsula, and along Kommetjie and Noordhoek beaches.

Noordhoek beach with Chapman’s Peak Drive hugging the mountainside and Hout Bay visible in the distance. Image by Stephen Cruickshank from Pixabay.

At this point, the team will have to leave Noordhoek beach to skirt the mountain cliffside along Chapman’s Peak Drive, descend to walk the short beach at Hout Bay, and follow the M6 motorway past Camp’s Bay and along the Sea Point promenade to arrive at the V&A Waterfront in Cape Town.

Here, the team will take a ferry to Robben Island – home to the infamous prison where Nelson Mandela spent 18 of his 27 years – and now a UNESCO World Heritage Centre. 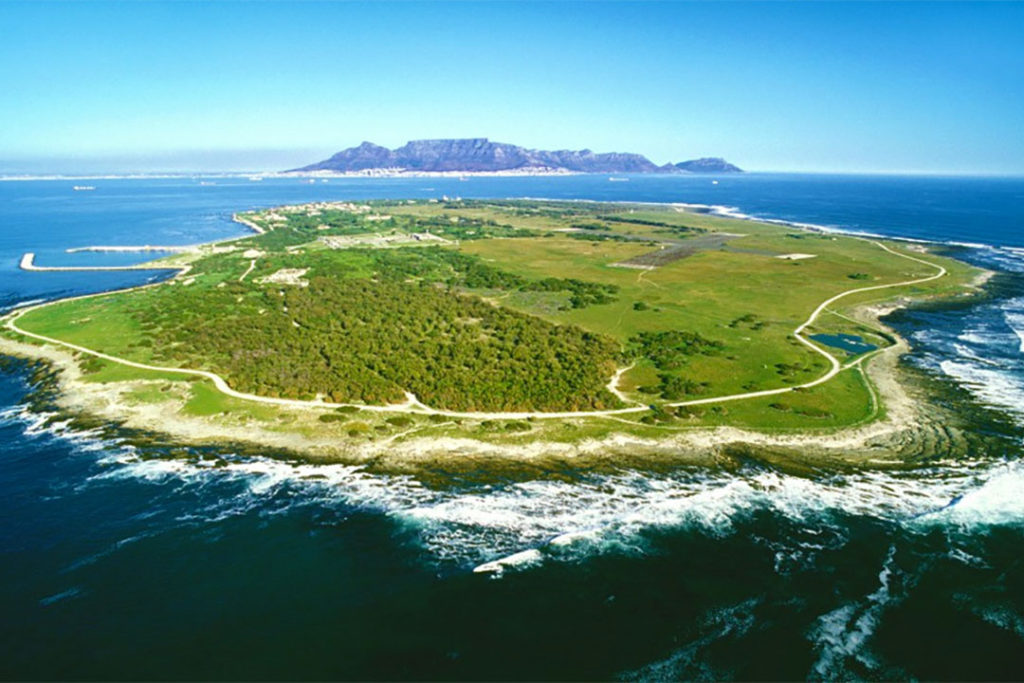 After walking around Robben Island and visiting the museum, the Odyssey team will return to Cape Town and continue the journey to Melkbostrand and onward along the West Coast National Park Marine Protected Area, around Saldanha Bay, and the holiday village of Langebaan.

Further along, the team will walk the eco-sensitive private nature reserves of Groot Paternoster, West Point, and Lambert’s Bay Bird Island Nature Reserve. After crossing the Olifantsrivier Mouth and heading along the Northern Cape coastline, human habitation becomes somewhat scarce before reaching the Kaikai Richtersveld Residential Coastal Reserve at Port Nolloth and the South African Coastal Odyssey end-point at the Namibia borderline on the southern bank of the Orange River Mouth, near Alexandra Bay. 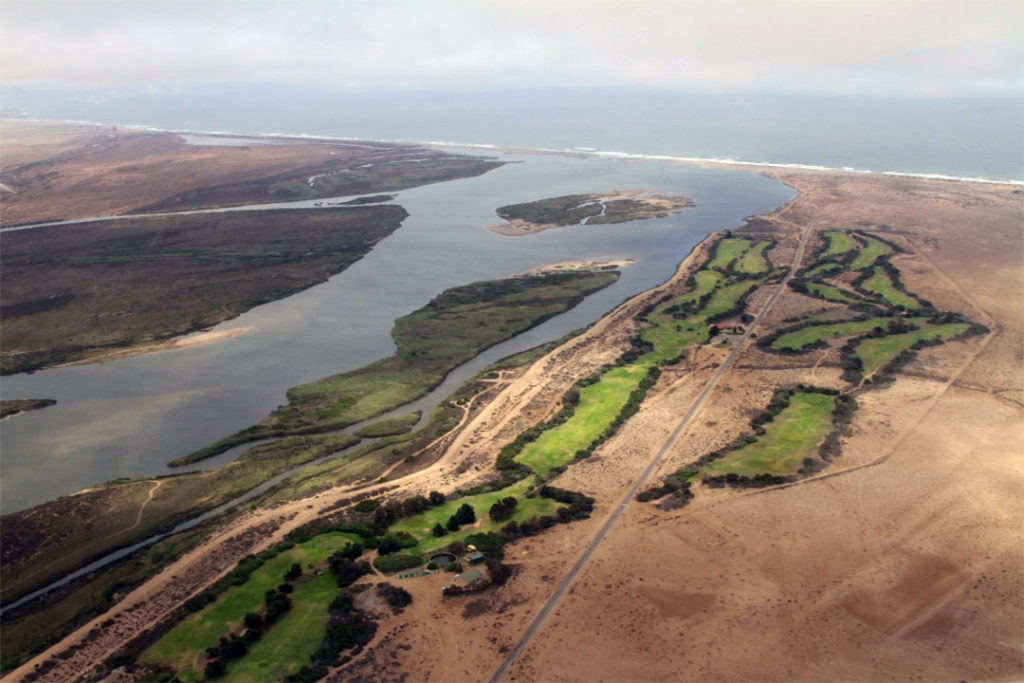 Image: An aerial view of the Orange River Mouth with Alexandra Bay in South Africa on the left and the Oranjemund Golf Club in Namibia on the right. The invisible borderline between the two countries actually lies to the left of the sandbank islands, which belong to Namibia, while the river mouth falls on the South Africa side.

The distance of approximately 1,142 km (710 mi) from the southern tip of Africa to Namibia will conclude Leg 1. Leg 2 of the South African Odyssey, from the Mozambique border along the KwaZulu-Natal, Eastern Cape, and Southern Cape coastlines to Cape Agulhas will conclude the Africa Coastal Odyssey, ten years after the launch. 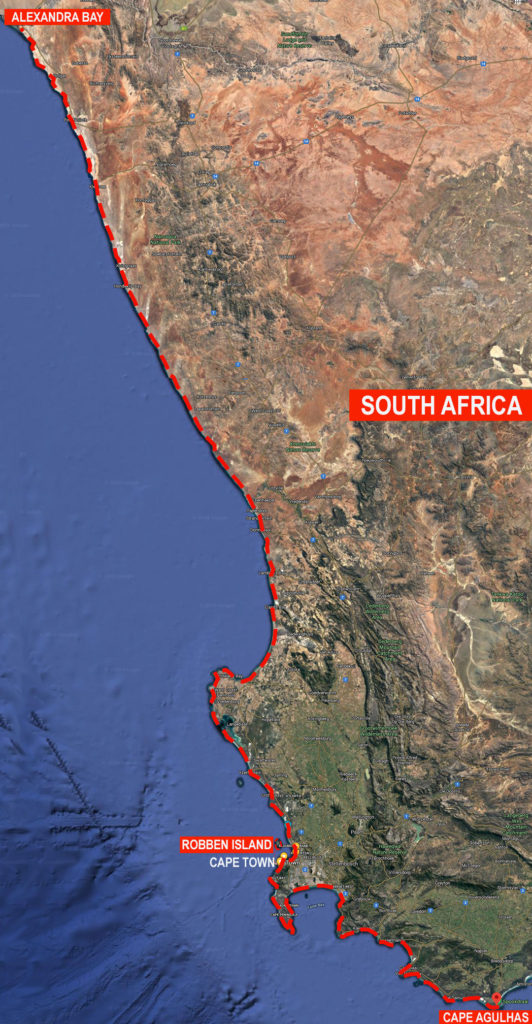 Onward along the Namibia coast to Angola