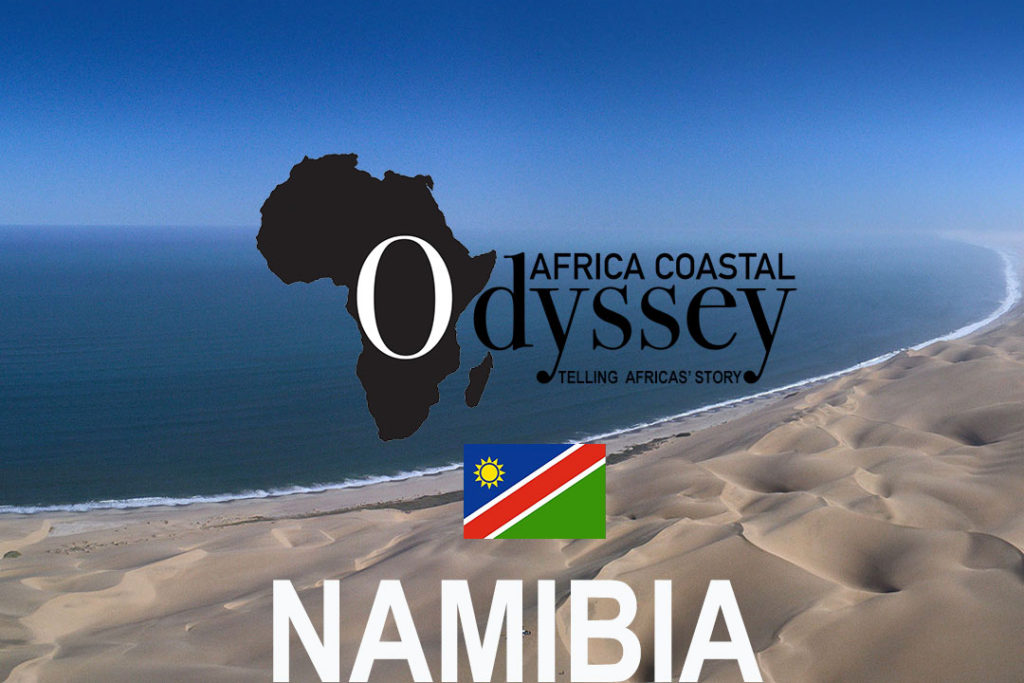 Onward along the Namibia coast to Angola

On the Namibia side of the Orange River, the Africa Coastal Odyssey team will  continue the storytelling journey towards the Skeleton Coast and Angola.

Covering a distance of approximately 1,570 km (976 mi), this leg of the Odyssey will take 84 days, from mid-May to mid-September, and will host 12 Namibian citizen journalism students. Each student will join the Odyssey team leader for 7 consecutive days to gain practical storytelling/reporting skills and experience. To apply, click here.

In addition, marine ecology experts such as Walk4Africa’s Namibia Steering Committee Chairman, Titua Shaanika, will join the team for a few days along parts of the route to share stories about his work as a Marine Conservation & Ecology expert and the projects that his employer, Namibia Nature Foundation, are involved in.

Much of the  Sperrgebiet National Park coastline where the Namibia Odyssey begins, from the South African border at Oranjemund for a distance of 320 km to around 72 km north of Lüderitz, is uninhabited. In fact, the coastline remains inaccessible to visitors, which is why the Germans named it the “Prohibited Area”. Exclusion of humans has helped preserve the natural biodiversity of the region which is a hot-spot for exotic flora and fauna. About 600,000 Cape fur seals live here, representing 50 percent of the world’s seal population.

However, the burgeoning numbers of Cape fur seals need to be controlled, and Namibia’s government licenses the culling of up to 80,000 Cape fur seal pups and 6,000 bulls from July to November. Unfortunately, the culling is not always done in an ethical manner as the video footage below indicates (note that this video contains sensitive scenes of seal clubbing).

The annual culling of Cape fur seals take place in three of the largest breeding colonies along the coast of Namibia: Atlas Bay, Wolf Bay, and Cape Cross.

De Beers, who own the mining rights with the Namibian government as a fifty per cent shareholder, is still picking diamonds from the coast and from the sea — more than a million carat every year. The national park is expected to become more accessible to tourists as De Beers relinquish control of the region to the Namibian Ministry for Environment and Tourism.

Fascinating locations along the Sperrgebiet from a photography perspective are the abandoned mining towns of Pomona, Bogenfels, Elizabeth Bay, Hottentots Bay, Baker’s Bay, and Kolmanskop. 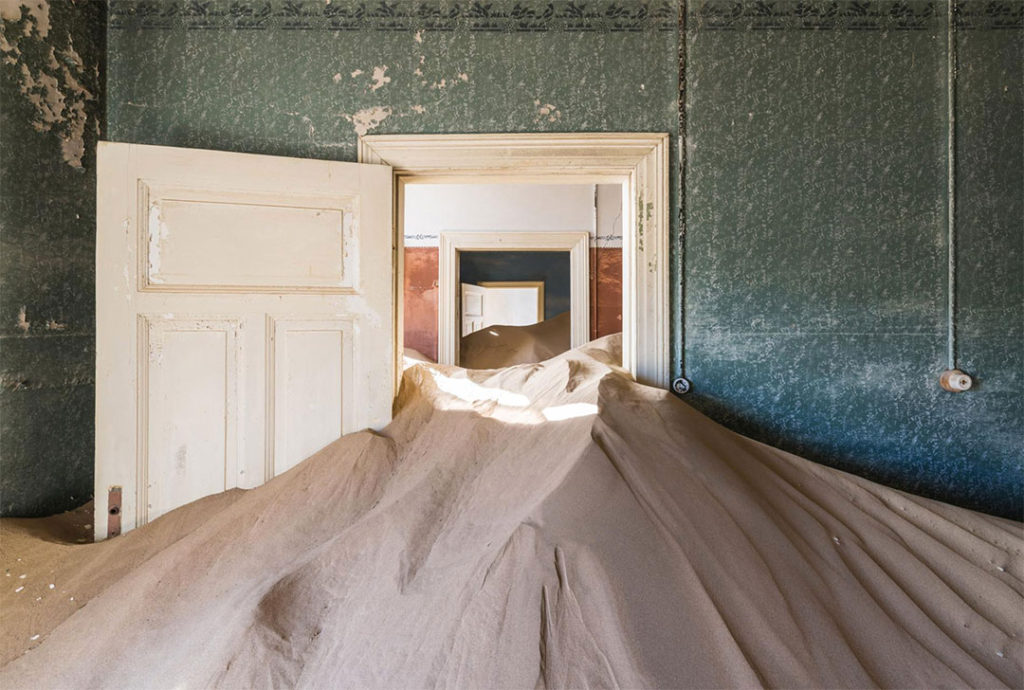 Continuing the journey from Luderitz to Walvis Bay, this 414 km stretch of coastline is going to test the Odyssey teams’ stamina and endurance. The sand along the narrow beach tidal zone is soft and flanked by massive sand dunes.

The Namib desert has been called the Shipwreck Desert, the Living Desert, the Cold Desert, and the Sheltering Desert. It is also the World’s Oldest Desert at approximately 80 million years. 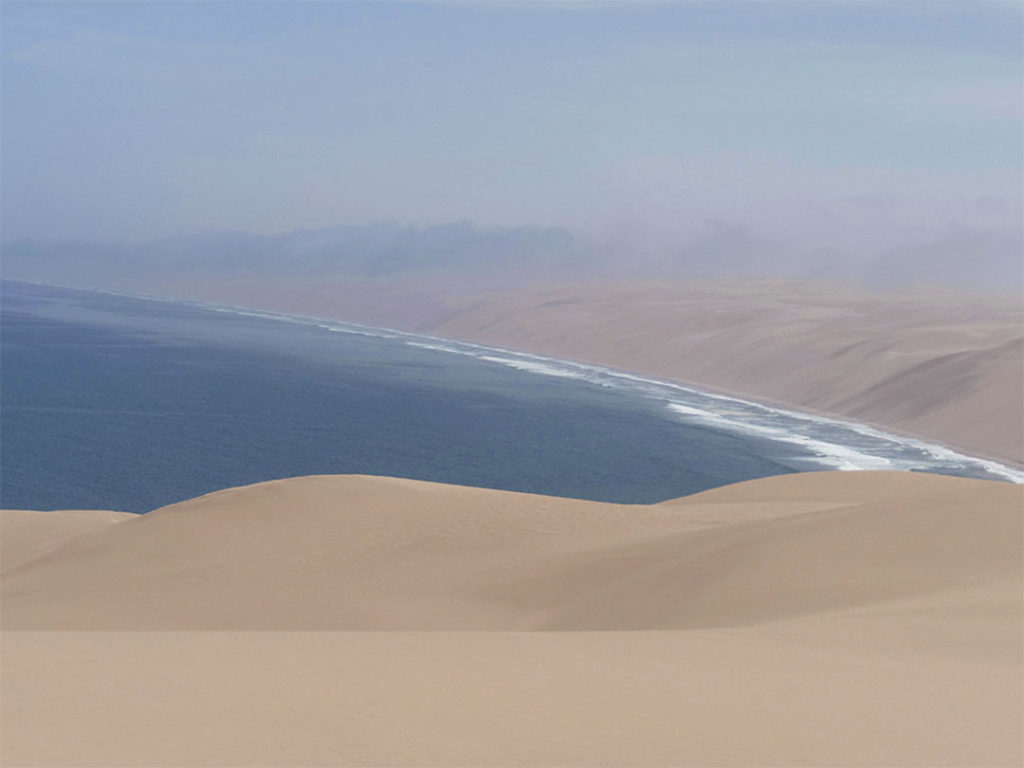 Watch the brilliantly produced documentary below to get a feel for what awaits the Odyssey team along the Namib Desert (note: the documentary is 50 minutes).

Continuing the Odyssey from Walvis Bay to the Kunene River Mouth, where Namibia and Angola meet, this stretch of shoreline is by no means a paradise, and as far as shipwrecks go, there’s probably no worse a place to run aground.

Known as the Skeleton Coast, this area abounds with shipwreck stories, including the ill-fated Dunedin Star – a 160-metre cargo liner whose captain deliberately ran her aground to avoid sinking about 80 km south of the Kunene River mouth in November 1942.

After grounding the ship just 500 metres offshore, a life raft used to ferry 42 passengers to the beach also gave up the ghost, leaving 43 passengers still stranded on the ship.

A rescue tug was then dispatched from Walvis Bay but it too ran aground en route back to the harbour, near Rocky Point, with the 43 stranded ship passengers onboard. Three days later, four rescue ships managed to save the tug’s passengers, but foul weather left the remaining 42 passengers still stranded on the beach.

An aircraft was then sent to carry supplies to the castaways while airlifting woman and children to safety. Unfortunately, the planes’ landing gear ploughed into the soft sand. After four days of digging and onsite repairs, the plane finally took to the skies, only to crash into the sea some 40 minutes later.

Miraculously, the airmen, as well as the original survivors, were unharmed by the plane crash and managed to swim to shore where they met up with a land-based rescue party. It took twenty-six days after the original ship wreck for all of the Dunedin survivors to finally arrive in Windhoek. 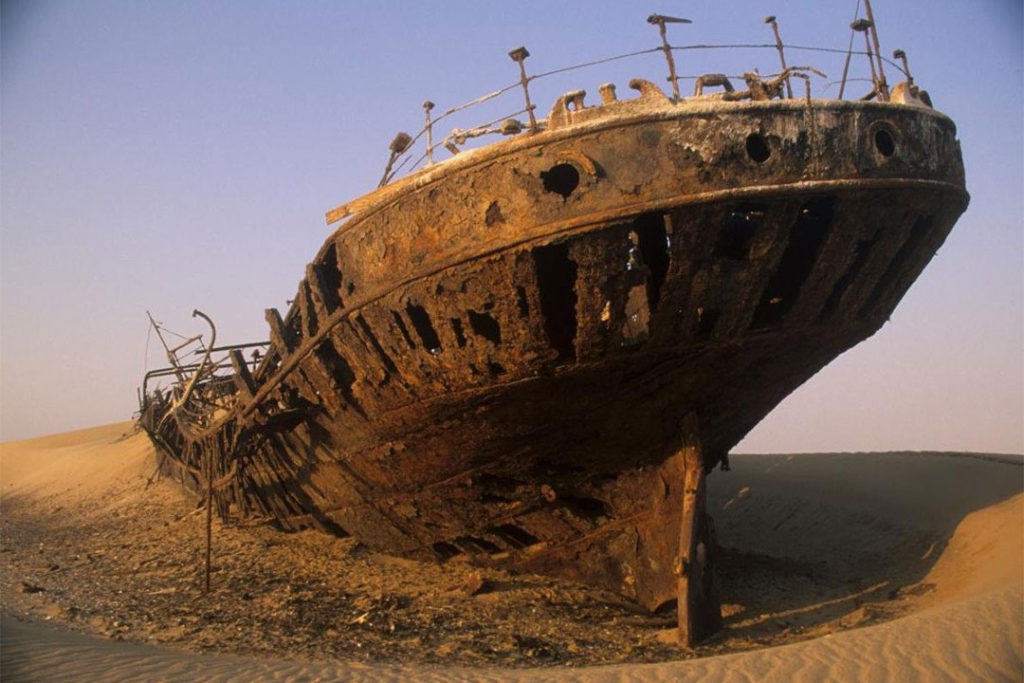 Image: The Dunedin Star shipwreck. Damaged and beached on 29/11/1942 when she struck a submerged object while on a voyage from Liverpool to Saldanha Bay, South Africa.

The Angola coast and onward

The following year, beginning from mid-January, the Africa Coastal Odyssey will continue the journey along the coastlines of Angola, the Democratic Republic of Congo (the DRC has the shortest coastline in Africa at 40km), the Republic of Congo, Gabon, and the island state of São Tomé & Príncipe. 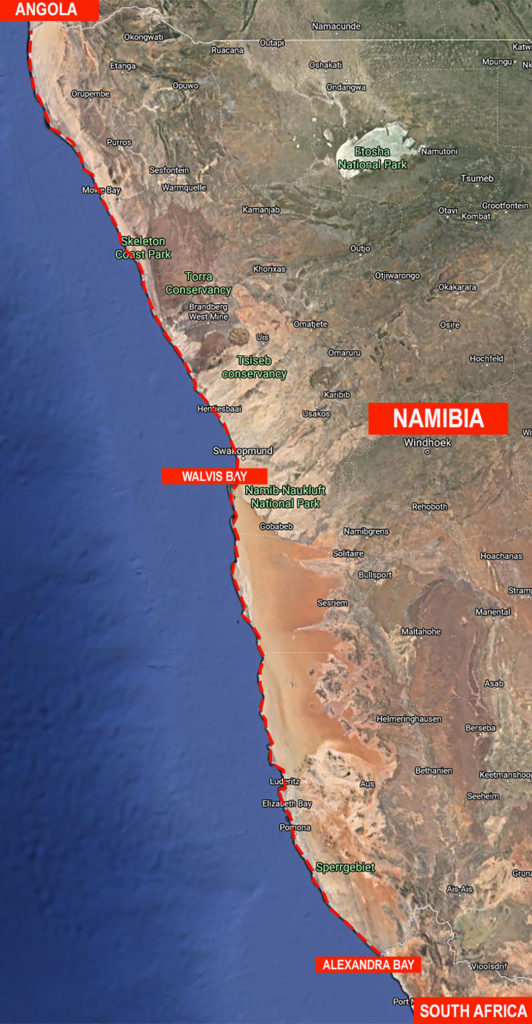